KB143753276: Automation Engine - What type of reports are available with the Preflight with Pitstop task

What type of reports are available with the Preflight with Pitstop task and how do I set the one to be used for Automation Engine?

The Preflight with Pitstop task in Automation Engine comes in three versions. The three are the colored Default template, a greyscale version and finally an annotated version of the report. 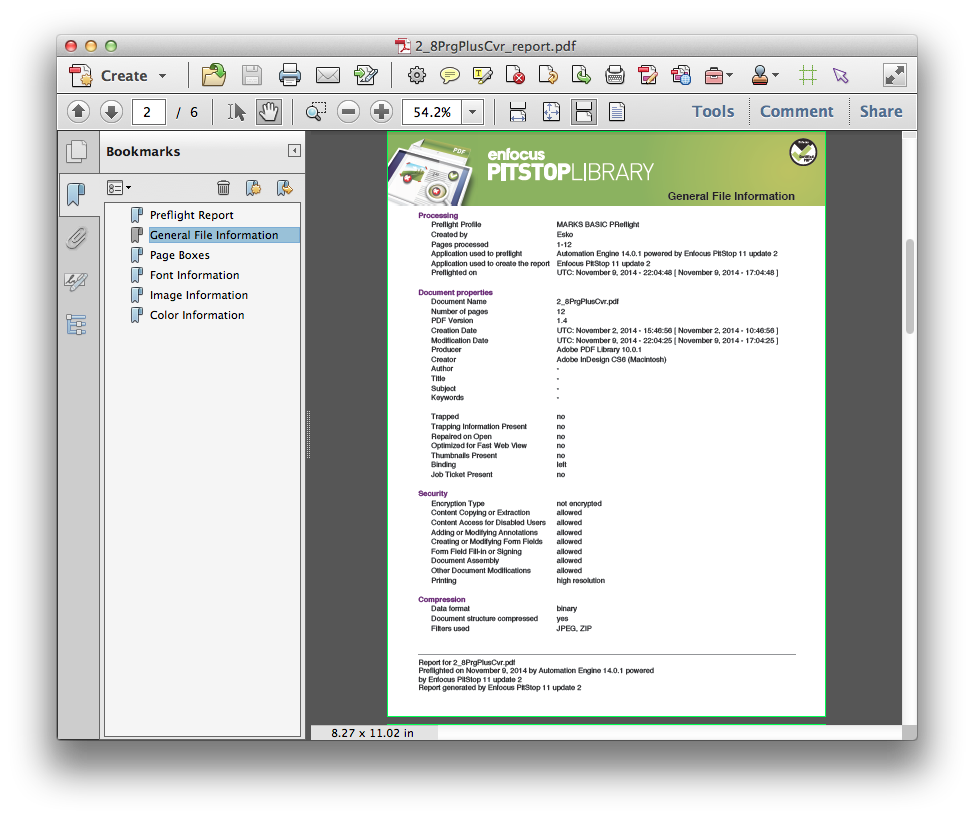 The report can also be altered for content by editing the following: 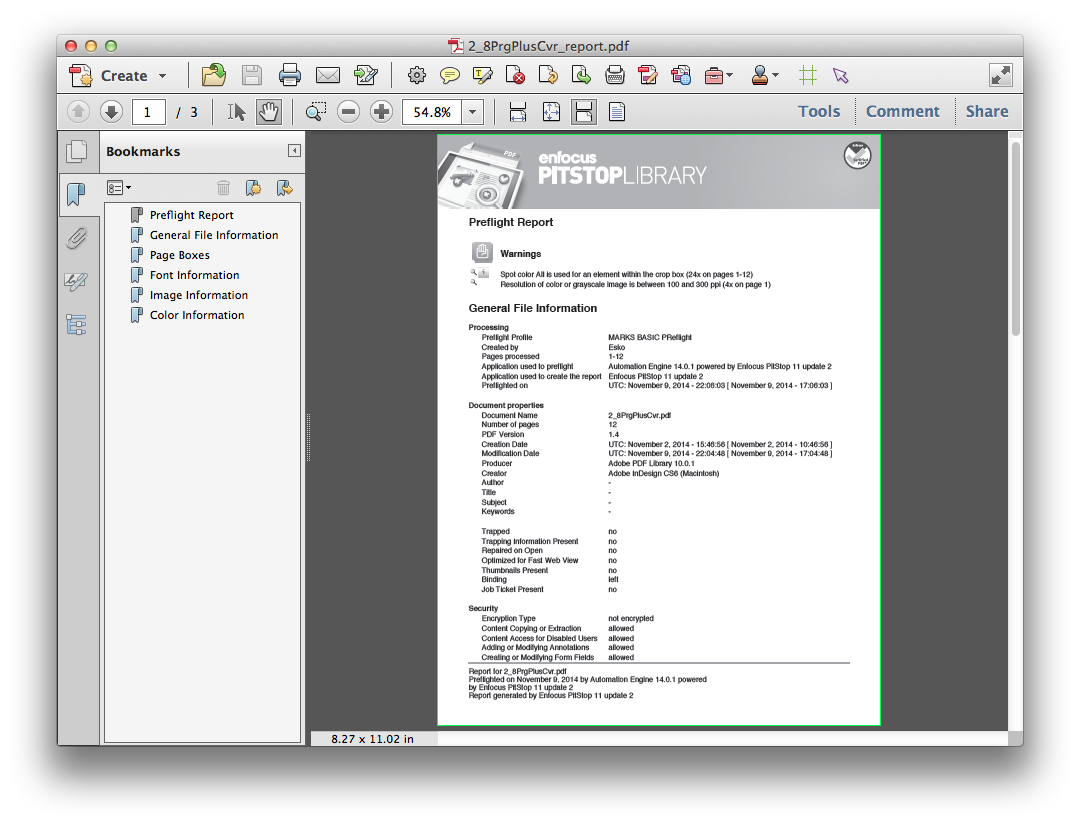 The third type of report is the annotated report. This report is the report created as Acrobat notes and annotations within the PDF. This makes the report more versatile as all information is directly linked to that location in the PDF file. 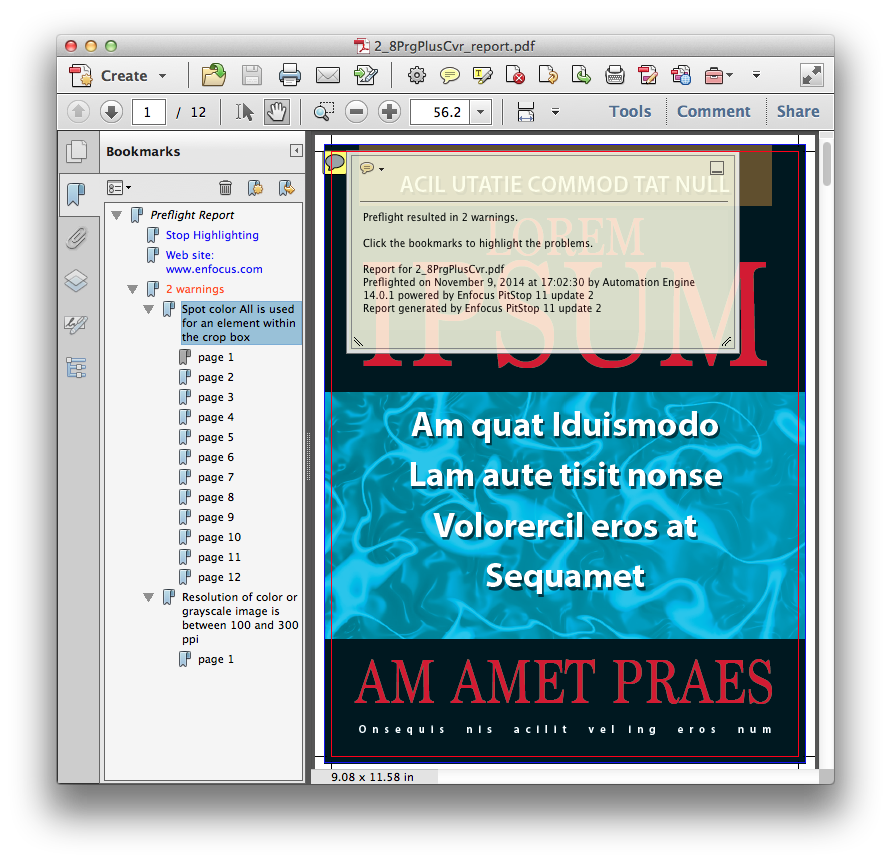 To make a report as the default for the Automation Engine, change the name of the report to be used to LibraryReportDefault.prefs and the folder name to Default. Please make a copy of the original folder if you need to revert to the default report.

A copy should also be kept outside of this folder. Upgrading Automation Engine may revert the report to its original configuration. Replace the replaced files with the custom files to once again use the altered version.

A document with instructions on how to edit the reports can be found on the Enfocus website at the following URL: