What is an Esko ID?

To access Esko products and services, including Share & Approve and other Esko Cloud applications, you will be asked to sign in with your Esko ID: your personal user account for all things with Esko.

There are several ways in which you can get an Esko ID:

Whether you created the Esko ID yourself or not, you will always need to confirm (activate) your Esko ID before you can use it to sign in. This means that you will receive an email with a link that you need to click in order to confirm that you own the email address used when the Esko ID was created.

To activate your Esko ID, click the link in the confirmation email.

The email you receive when signing up for an Esko ID via our sign-in portal resembles this example: 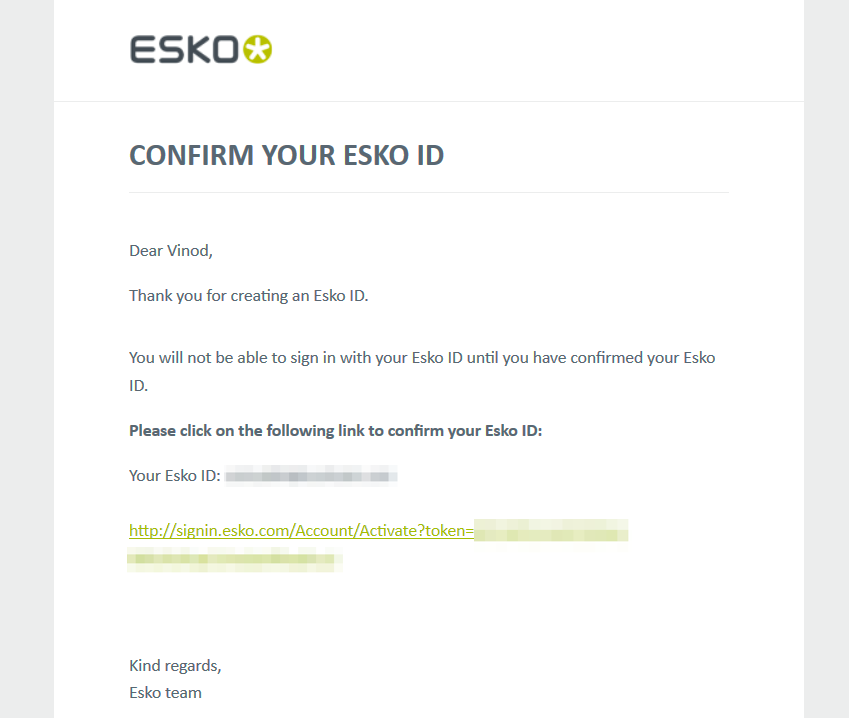 Subject: Please complete your registration for SiteTitle from Account Name 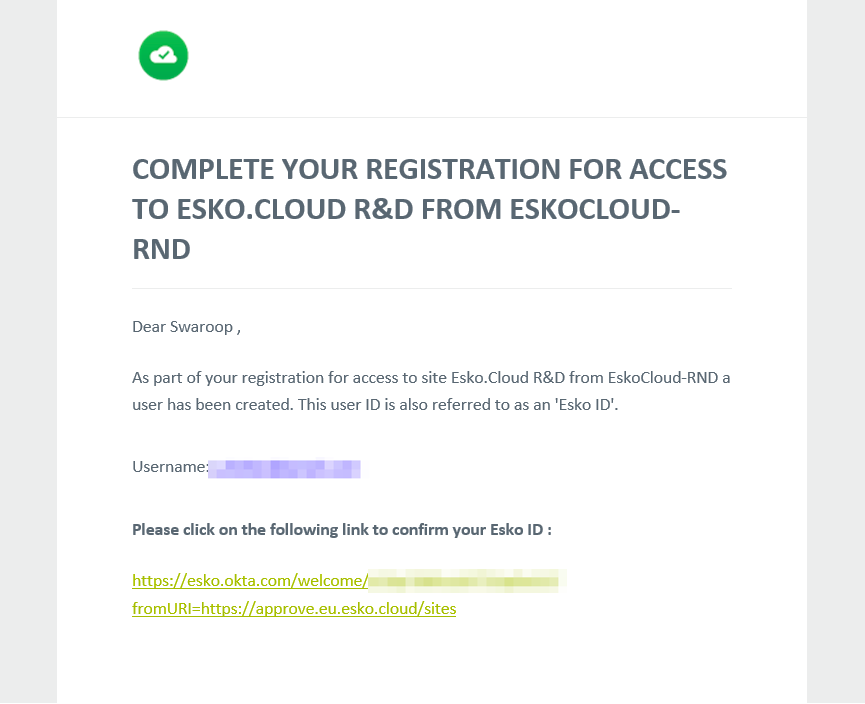