Although we have the system requirements for Imaging Engine, these are 'minimum' requirements. In this article, we will try to give some additional advise, but do understand that the ripping speed is influenced by many factors such as type of jobs and certain usage of settings (Image Resampling, Dot Cleanup, etc.)

Computer Specifications - What is Your Goal?

To have a good rip performance, customers are willing to have a custom made dedicated box for their Imaging Engine. In specifying the parameters for such a box, the first step is to choose your goal. Specifically, decide if your goal is to maximize peak performance (the time to RIP a single job) or total throughput (the total number of jobs that can be ripped over a period of time).

A dedicated box - A dedicated physical system (with desktop-class CPU like a Core i9 and SSD drives) may have higher peak performance, but is limited in number of workers and therefore may have lower total throughput over a period of time (such as a shift).

A virtual setup - A server (typically with Xeon-class CPU) will allow more workers on the same box, and therefore higher throughput over time, but likely at a lower peak performance per job.

The Optimum Number of Workers

An Imaging Engine worker processes files in sequential order. Multiple workers on a system compete for CPU, memory, and disk resources, which can slow individual job ripping times if multiple files are being ripped at the same time. If your goal is to maximize peak performance of a single job, you may choose to run a single worker. If your goal is to maximize throughput, you will want to increase the number of workers. This is configured in the Automation Engine Pilot as shown below (in the Configure panel).

The number of workers are defined by license and by the number of cores. Licenses for additional workers can be purchased from Esko.

The most important factors related to processing speed are (in order):

The base clock speed is most important: 4 GHz is recommended (higher is better).

Especially important when using some features like 'Dot Cleanup'. See topic below.

Two processors are widely available to configure a box for your specific needs:

The Intel Core i7 and i9 CPU’s are typically used in desktop and laptops PCs. The Intel Xeon is a server-class CPU. For a RIP, high base clock speed is more important than high number of cores. As such, in RIP applications, the i7 and i9 may actually provide higher performance than the Xeon. Again, it’s a trade off between peak performance and total throughput time.

The Intel Core (i7, i9) series have the highest base clock speeds (up to 4.2 GHz) but limited amount of “cores” (up to 8 for standard versions, up to 18 for “Extreme” versions). 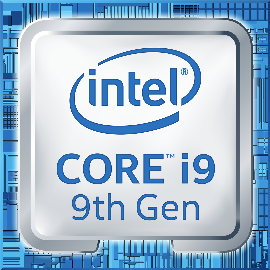 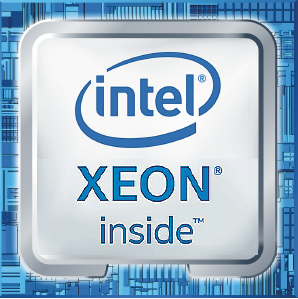 It should be noted that we only tested with Intel processors – Intel compatible processors should behave similar, but we can not guarantee it.

Hyperthreading: This doubles the amount of ‘cores’ available (e.g. from 8 “physical” cores to 16 “logical” cores).

A setting in the output menu of an Imaging Engine Ticket called “Image Resampling” has a dramatic effect on halftone dot quality. Prior to Imaging Engine 18.1.1, this setting caused intermittent issues in the screening process (out of memory problems). With Imaging Engine 18.1.1 the setting has been optimized. Still using this option will result in longer RIP times. You can choose between 'Auto Resampling' and 'Full Resampling', the last one gives the best quality but is slower.

This option is license based (but included when having the Print Control Wizard).

When a job is RIP'ed with screening, it can happen that very small or broken dots (sometimes called "scum dots") appear in highlight areas. You can use Post-RIP settings to clean up areas of the output files but this will slow down ripping performance. We noticed it's important to have a high clock speed, so if you're using this option a lot (e.g. with Crystal Screens), it's advised to have a minimum clock speed of 3 GHz, if possible even 4 GHz or more.

The type of Screening can influence the performance too. Typically advanced screenings (HD Flexo, Crystal Screening, ..) will slow down ripping.
First of all because they need more memory and result in larger output files. Secondly because the advanced effects make quality control harder, thus typically requiring an extra rip step to generate "print simulation files" (with .view extension)

Use Step & Repeat software that works from a single copy of each image and does not make a copy of the image for each step. Two examples are Plato and ArtPro+. The result of resampling a single image (versus each step) is much faster RIP speeds compared to applications such as Adobe Illustrator. You can check this by the file size of the stepped file. For example, for an 8 up file, if the stepped file is 8x the size of the one-up file, then optimal stepping is not being used and RIP times will be much longer than necessary.